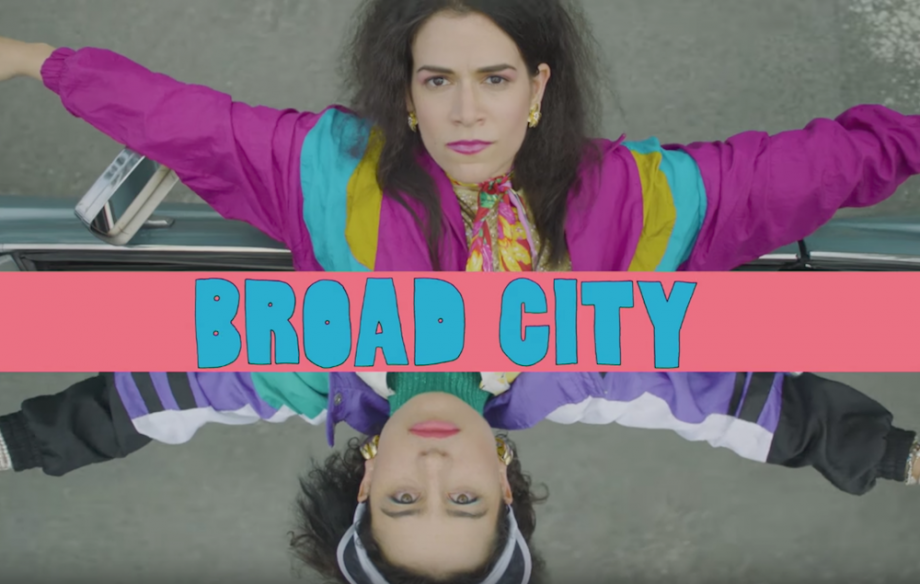 As we all sit in mourning because the recent season of one of the most brilliant comedic programs – Broad City – has come to an end, it’s imperative to reflect on the lessons learned alongside the protagonists, Abbi and Ilana. The fourth season of Broad City, which aired in September on Comedy Central, took the regular comedic tone of the show and turned it on its head; more character growth, further topical discussion, and of course, life lessons. Each season, viewers garner a deeper insight into Abbi and Ilana’s relationship. This season, within the heavy supply of empowering material, Abbi and Ilana (the creators, not the characters) were sure to throw in some low key lessons of love as well – enthusiastically leading us to explore them.

Lesson: Don’t force something that isn’t there.

Man, I feel like Abbi and Trey’s secret turned not-so-secret relationship just started. Though Trey was smitten with Abbi, the two didn’t share the same level of infatuation. Abbi confused lust for romantic longing, inevitably creating an awkward situation between her and the Garden State superfan. Their re-run relationship was bound to fail. You can’t force feelings. Lesson: There is never a need to rush into anything.

After being accused of “not being a relationship person,” Abbi’s insecurities lead her to mentally jump into a relationship that isn’t there. After seeing Mike for a mere 6 days, Abbi convinces herself that she is not only in a long term relationship, but is now a relationship guru. In this episode we learn that you never need to rush into anything romantically. Also, giving relationship advice when you’re fresh into one can sometimes be pretty dang creepy. There is something affecting Ilana which is preventing her from performing sexually, the way she is used to. After a visit with a sex therapist it is revealed that the source of her sexual angst lays in the results of the American presidential election. Sexuality shouldn’t be a realm of negativity; never let anything big or small stand in the way of your sexual pleasure! Lesson: If a situation feels hazardous, TRUST YOUR INSTINCTS.

Abbi reconnects with one of her high school teachers, making her feel a tinge uneasy. The two agree to spend the evening together on a first date of sorts, but along the way red flags are revealed about the teacher which Abbi questions, and ignores. If you feel uneasy, always trust your gut. Lesson: Check in with your SO; treat the relationship as it grows.

Lincoln + Ilana 4ever! Our favourite TV dentist by day, pasta connoisseur by night,  Lincoln and half of BC’s witchy heroine team, Ilana, have finally solidified the bounds of their enigmatic connection. From what we have gathered in the first three seasons of Broad City, Ilana doesn’t have much experience in the realm of serious relationships (aside from her friendship with Abbi). As such, when she is finally able to call Lincoln her “boyfriend” she takes it on and wears it as a badge of honour, embracing it probably too fully. In one night they manage to go from the relationship highs (dressing up, showing each other off), to the getting comfy stage (a farting contest – more or less), to the lows (fear of being too comfortable, lack of sex). It’s great that Ilana is at the ready to recharge the relationship by being creative – even if it is unwarranted. But, Lincoln’s advice is what we’re here for. He reminds her that it’s important to check in with one another and take things step by step, at your own pace. That Lincoln, so wise.